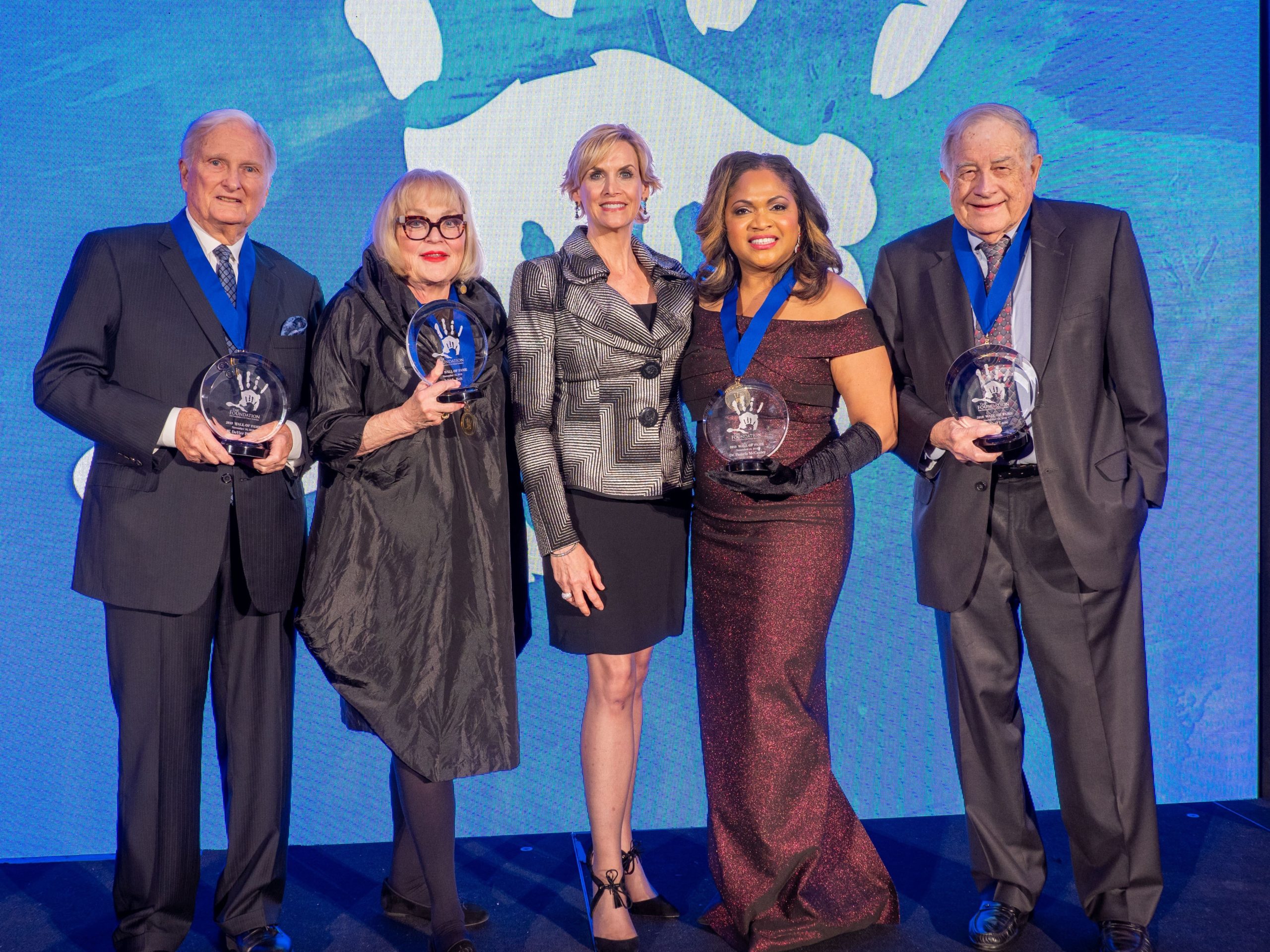 A special tribute was also given to Thelma Parks, who died on Sept. 11, 2019 at age 96. Parks was an iconic Oklahoma City educator and civil rights leader who served the district for over 54 years. Thurman V. White Jr., a 2018 Wall of Fame honoree and Parks’ former student, led the tribute.

The 2019 honorees joined 84 other Oklahoma City Public Schools (OKCPS) alumni and community leaders who have been inducted since the Wall of Fame was created in 1985.

John L. Belt, a Classen High School graduate, was recognized posthumously. He served in the U.S. Army, toured with the United Service Organizations (USO) and practiced law in Oklahoma. Belt helped form and develop 40 local nonprofits, including the Harding Fine Arts Academy and the Paseo Arts District. He also served as secretary and general counsel to the Oklahoma City Community Foundation.

Dr. Neal F. Lane is a Southeast High School graduate who served as the director of the National Science Foundation (NSF) under President Bill Clinton. He is currently a senior fellow in science and technology policy at Rice University’s Baker Institute for Public Policy, as well as a professor of physics and astronomy emeritus.

Dr. Pamela McCauley, a graduate of Douglass High School, is an ergonomics and biomechanics expert with a doctorate in industrial engineering. She is an award-winning engineer, educator, leader, author, keynote speaker and entrepreneur who serves as president of T-STEM Inc. and program director at the NSF.

W. DeVier Pierson is a Classen High School graduate and leading civil trial and appellate lawyer. He once served as counsel to President Lyndon B. Johnson and was lead counsel in the Tulsa jury trial of Occidental v. Chevron, which resulted in a $775 million settlement, the largest in Oklahoma history. Pierson has spent the past 40 years in Washington, D.C., practicing law.

“These honorees are a testament to the strength of public education and serve as role models to the nearly 46,000 students in Oklahoma City Public Schools,” said Mary Mélon, president and CEO of The Foundation. “John, Neal, Pamela and DeVier demonstrate the lasting value of investing in our students.”

Over the past 35 years the Wall of Fame has celebrated the long, rich history of Oklahoma City Public Schools. It includes some of the city’s and nation’s most influential community leaders.

Foundation board member Christine Berney and 2018 Wall of Fame honoree Dr. Legand L. Burge Jr. were co-chairs for the event.