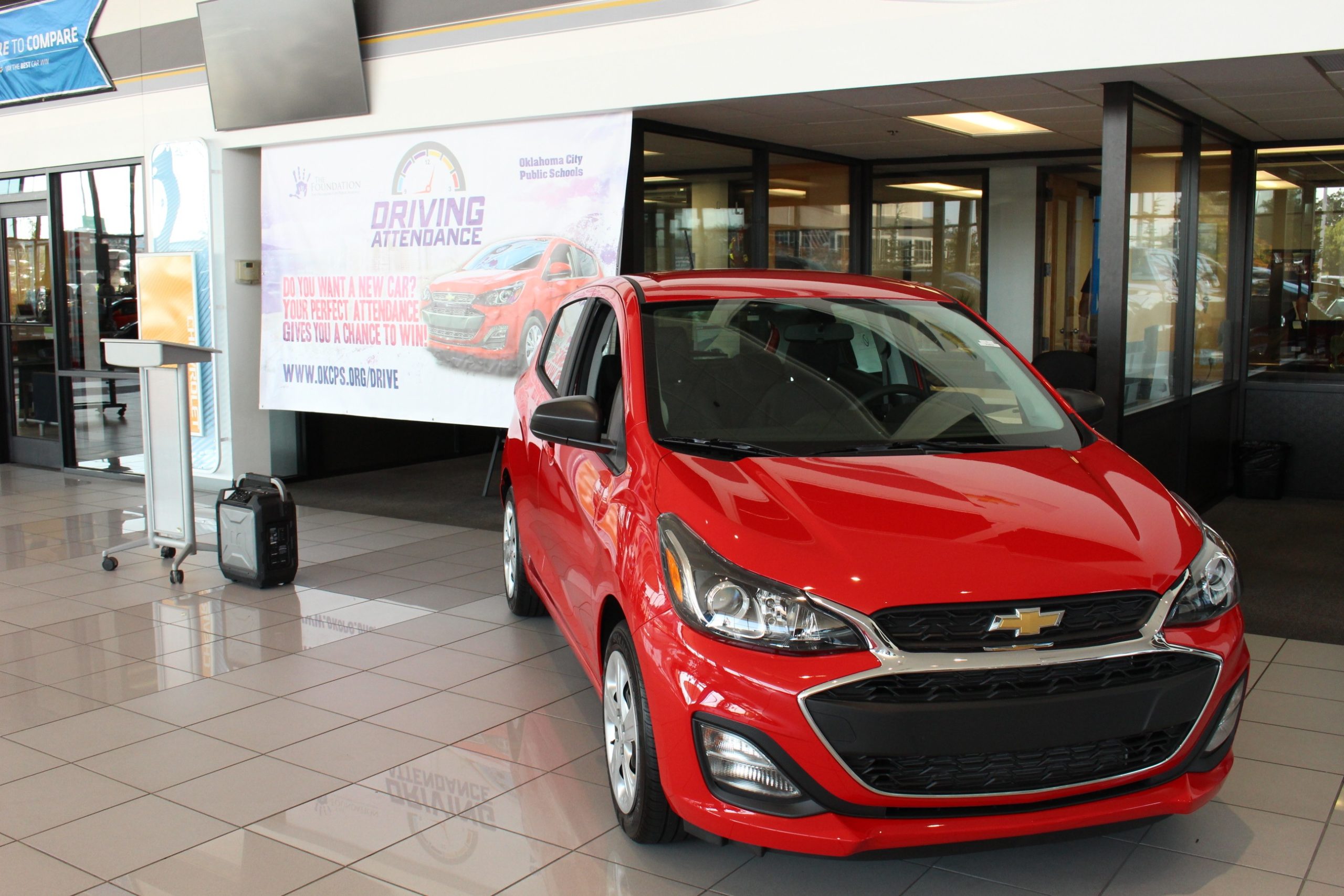 Perfect attendance has its benefits — like a new car

There are more good ideas in the world than anyone has time to implement, but the joint effort between The Foundation for OKCPS, OKCPS and community partners to promote perfect attendance in our high schools has been a new idea worth the effort.

Driving Attendance tracks high school students in the district who have perfect, on-time attendance per nine weeks. Each student earning this designation has their name put into the hopper for a drawing at the end of the school year. At that time, 10 finalists will have the chance to win a new car, courtesy of Hudiburg Chevrolet.

Adam Jewell, principal at Capitol Hill High School, had the idea for this program after visiting Brownsville Independent School District in Texas.

As a long-time educator in secondary schools, he knows the value of daily attendance to students. Their chances of graduating successfully depend on it, but there are many ancillary benefits as well. Learning the importance of being where you’re supposed to be and on time is a skill that will be beneficial throughout life. When partnered with a much higher probability of graduating ready to pursue additional education and training, perfect and on-time attendance carries high rewards.

Jewell knows that getting to school on time isn’t always easy for his students, and providing an incentive like a new car is a huge motivator. Making it to first hour, which starts at 7:35 am, is quite difficult for many of his students, who often work after school until late at night. They are often also responsible for getting younger siblings to school, with later starting times. (Changing the start time for high schools until later is part of Pathway to Greatness. Research proves that teen brain development is conducive to a later school start time.)

Driving Attendance was launched at the start of the 2018-2019 school year and Jewell has seen excellent results. Capitol Hill High School saw a decrease in late students by almost 1,000 in the first half of the school year. He has done the math on this and calculates that his school has recaptured almost 7,000 minutes of instruction time in one semester.

It has been said that vision without implementation is hallucination. Driving Attendance is an implemented idea garnering big results for OKCPS students.