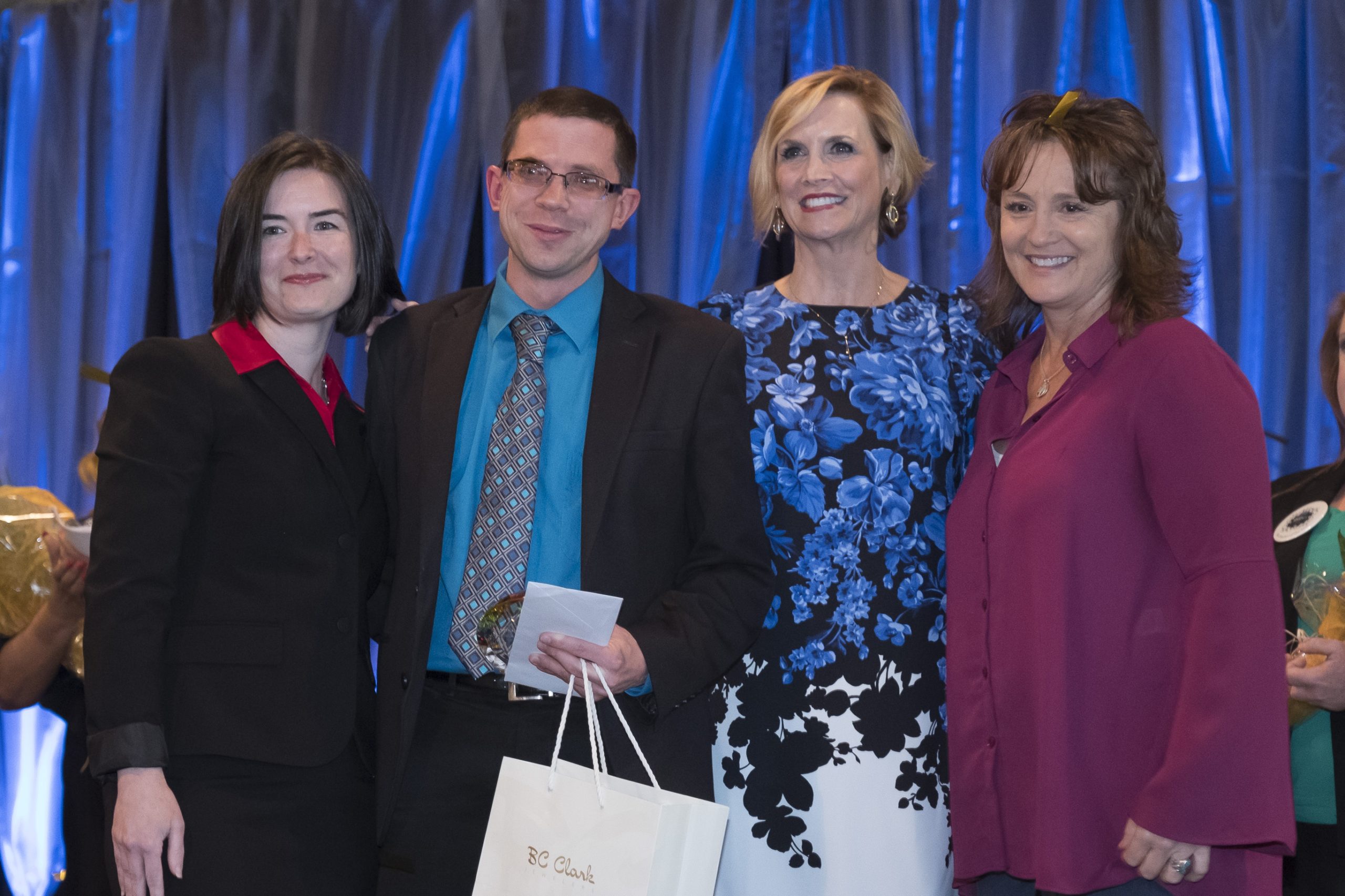 OKLAHOMA CITY (May 2, 2018) – The Foundation for Oklahoma City Public Schools and the Oklahoma City Public Schools (OKCPS) honored Anthony Chancellor as district Teacher of the Year at the 2018 Stars of Education celebration.
Chancellor teaches leadership classes for sixth through eighth grades at Belle Isle Enterprise Middle School in northwest Oklahoma City. He started his career instructing band but says his biggest accomplishment as an educator was getting the opportunity to create a new elective course which focuses on character development and leadership skills.

“It is my greatest desire to equip each and every student with the tools needed to succeed in life,” Chancellor said. “Leadership is about doing, not just about learning how to do.”

Chancellor encourages students to participate in service learning projects which enable them to become effective leaders and see the impact of their actions. Some of his classes’ activities include collecting thousands of books for a library in Uganda, learning CPR and conducting a reverse awards assembly where students presented teachers and staff members with awards.

Dwight Cunkle, a vocal music teacher at Horace Mann Elementary School, was named first runner-up. The second runner-up was Joanna Eldridge, who teaches special education at Edgemere Elementary School.
The winners were selected from a group of nine finalists who share a passion for teaching and a strong commitment to serving their students, schools and community. The group includes:

“Honoring outstanding educators is one of The Foundation’s highest privileges,” said Mary Mélon, president and CEO of The Foundation. “Anthony Chancellor’s hands-on approach to leadership allows students to use their talents and abilities to be great leaders now, not just sometime in the future. His dedication to students and commitment to community involvement make him an exemplary teacher of the year.”

The newly created Sam and Charolet Shirley Outstanding Principal awards were given to Webster Middle School Principal Scot McAdoo and Johnson Elementary Principal Margaret Saunders-Simpson. Each principal received a cash award plus $1,000 for their school to use toward Partners in Action projects.

The Foundation awarded three Partners in Action finalists as Community Partners of the Year:

The Valuable Volunteer and Support Staff of the Year winners were also recognized at the event and received cash awards.