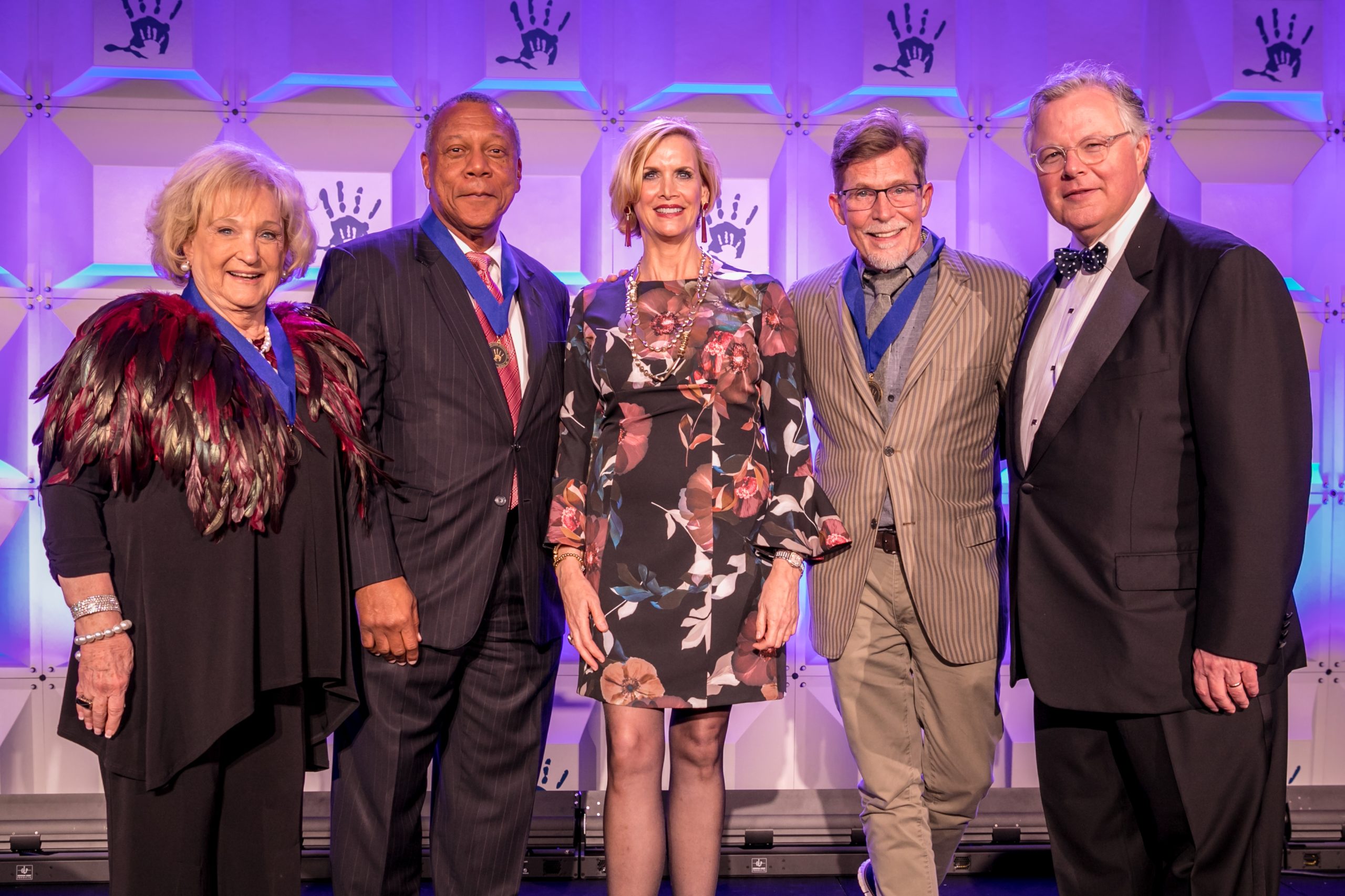 Rick Bayless, a Northwest Classen High School graduate, is an award-winning chef. He is best known for winning the title of Bravo’s Top Chef Master.

Faye Norton graduated from Capitol Hill High School and started her own business, Designer Hardware by Faye, in 1982. It was the second female-owned company in the industry at that time and was sold in January 2014.

“Rick, Legand and Faye built incredible careers on what they learned and the support they received in Oklahoma City Public Schools,” said Mary Mélon, president and CEO of the Foundation. “As members of the Wall of Fame, they demonstrate to today’s OKCPS students their dreams are within reach.”

Over the past 34 years the Wall of Fame has celebrated the long, rich history of Oklahoma City Public Schools. It includes some of the city’s and nation’s most influential community leaders.

Thurman V. White Jr., a 2017 Wall of Fame honoree, and Christine Berney, vice president of community relations for the Oklahoma City Thunder, served as co-chairs for the event.