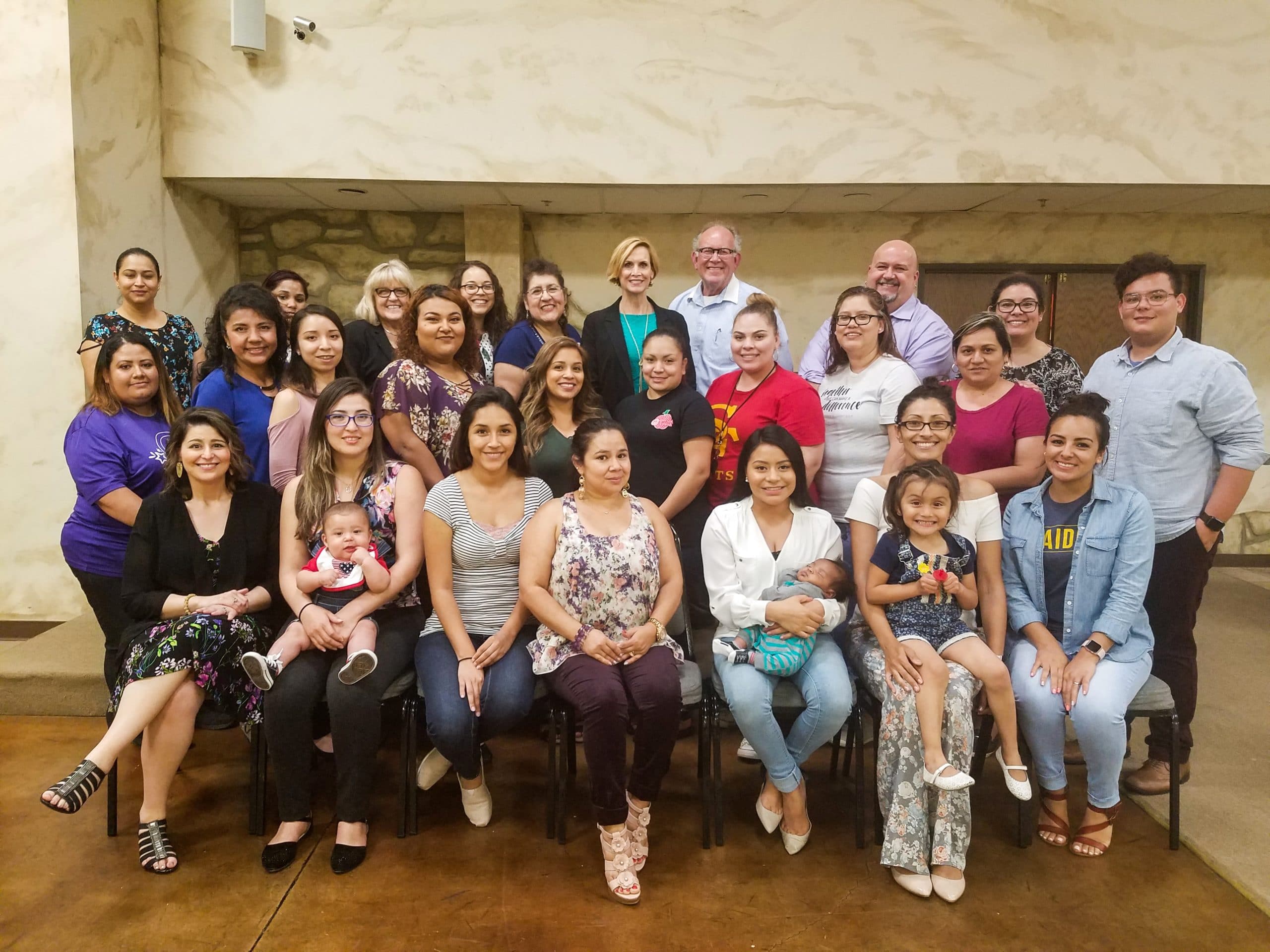 Bilingualism something to be treasured, celebrated in Oklahoma City public schools

Profesora Giovana Portugal exudes enthusiasm and positive energy. She grew up in Peru and came to the United States at the age of 28, speaking very little English. She shares how difficult that was as she navigated her way in a new country. She worked hard, learned English, earned her education and now works as an English Language teacher at Fillmore Elementary School in Oklahoma City Public Schools. She spends her days helping students who are learning English as their second language. Twice a week, she works with OKCPS employees with the desire to learn Spanish as their second language. These classes are offered by The Foundation for Oklahoma City Public Schools as part of the organization’s focus on Support of English Language Learning Programs.

Oklahoma City Public Schools is a culturally diverse district, with a student population that is 54 percent Hispanic, 23 percent African American, 14 percent Caucasian, 3 percent American Indian, 2 percent Asian and 4 percent mixed and other. There are more than 50 languages being spoken in the district, but the primary language outside of English is Spanish, thus the Foundation’s focus.

As has been mentioned in this column before, the Foundation developed and runs a program that is funding and supporting college education and teacher certification for bilingual paraprofessionals working in the district. The Bilingual Teacher Pipeline Project currently has 39 bilingual paraprofessionals on their way to becoming teachers for OKCPS. Ongoing partnerships and collaboration between the Foundation, OKCPS, UCO, OSU/OKC, OCCC and Rose State make this happen. This is a long view approach to filling the bilingual teacher gap, but this “grow our own” philosophy will increase retention rates significantly, as these individuals are already a part of the community and OKCPS culture.

The Spanish classes for OKCPS staff members have a different, but equally important goal. The ability to communicate with students and families, even with basic conversational skills, is critical to a student’s success. The participants realize how valuable this is and are giving their time to learn a new language, which is no easy feat.

Another partnership that has developed to support English Language Learners is through English as a Second Language classes being taught in our schools by Community Literacy Centers. This program has expanded to 14 schools this year and principals are receiving these families with open arms. They understand that this service is in short supply in our city and helps parents better understand the educational environment.

Supporting English Language Learners is not a political issue. It is a reality issue. Supporting the programs that assist students and families to better engage with teachers and support personnel within the school will pay big dividends in a student’s short term and long term success. School personnel who have the skills to better communicate with those new to the English language and allowing non English speakers to learn the language in the safe setting of a school helps all involved be better advocates for children’s education.

Profesora Portugal knows this: bilingualism is something to be treasured and celebrated. Supporting these programs ultimately makes our city a better, more diverse and culturally rich place to be.