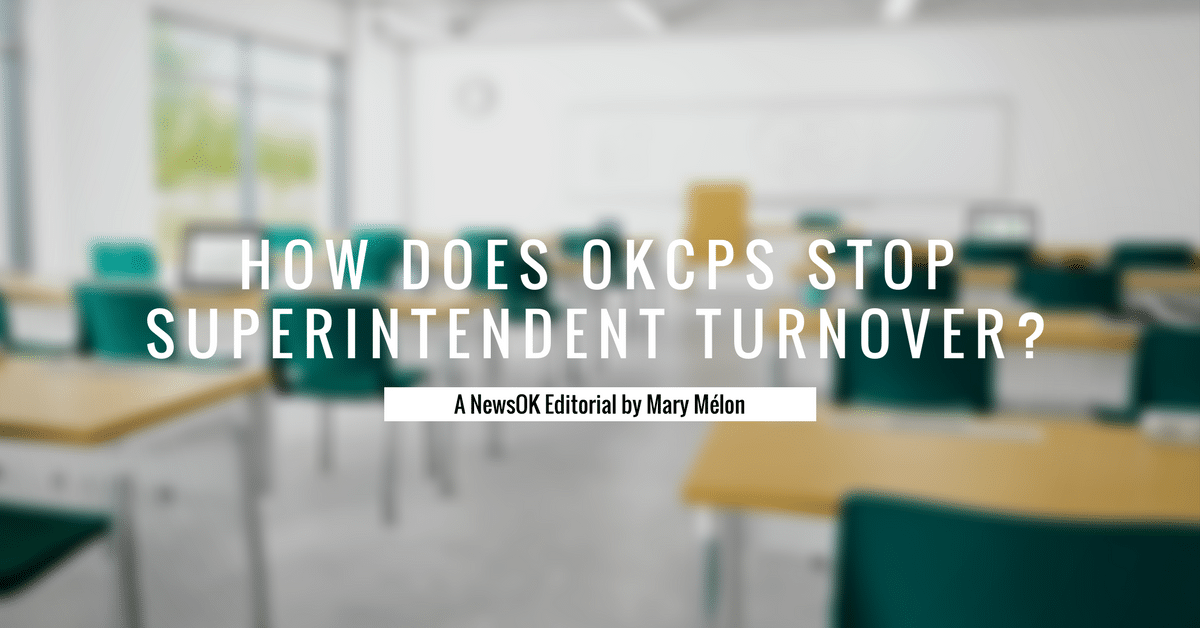 Oklahoma City Public Schools has had 11 superintendents since 2000. There’s one primary reason for this and the community need only look in the mirror to figure it out.

Being a superintendent in any district is a very difficult job. In a high poverty, urban district the challenges are especially great. The average superintendent tenure nationally is 3.2 years. In Oklahoma City Public Schools it is about 20 months. This constant turnover builds a culture both within and outside of the district that is not conducive to the type of change needed to allow our schools to succeed. No matter how you look at it, this is very bad for our kids.

Being a school board member is also a difficult job. The OKCPS Board of Education is elected and they have ultimate say over evaluating the superintendent. They do not have the role of influencing day to day decisions, but do vote on major contracts, hiring contracts and potential school closures, among other things. Like all elected officials, they are influenced by the voters that elected them. These voters include citizens who are parents and those who are not. Both need to play an active role in advocating for successful schools. But, it is critically important for all to take the long view and support changes that, while difficult, work to create sustainable improvements for all children.

When combined with political pressure, the superintendent’s job becomes more than difficult, it becomes impossible. Tying her hands and not allowing her the ability to do what is best (in her role as leader and as a professional educator) will continue to hold OKCPS back. Rubber stamping is not the suggestion here. Differing views and respectful discussion is part of our makeup as Americans and that should always be part of the mix. Assuming good intentions and hearing all points of view, while supporting those we put in charge and trusting them to make good decisions is critical. Lack of trust and assuming bad intentions makes progress unlikely, especially in times of poor funding and so many pressing social issues within our schools.

How do we as a community put a stop to the superintendent turnover madness? As the saying goes, if you’re not part of the solution, you’re part of the problem. We must join together in a positive way, have tough conversations about change that is needed, stay focused on the big issues and support the OKCPS superintendent as she makes tough decisions for the good of all children Until that happens, we will continue to have no forward movement and will likely continue to have turnover in this critical leadership position. That is a tragedy for our city. This is especially a tragedy for our kids.