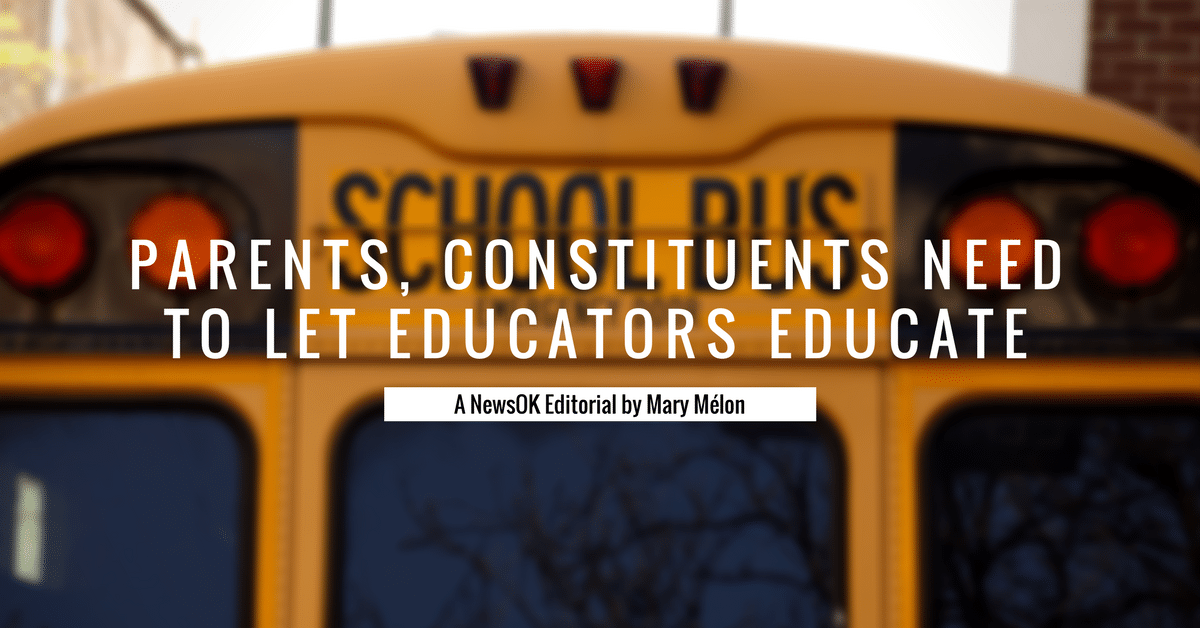 Oklahoma City Public Schools has a plethora of constituents. So many in fact, that sometimes the most important one of all, our students, seem to be forgotten. Of course everyone agrees that students are the primary focus. After all, they are our future and their successful educational endeavors are paramount to a healthy community.

Education has become so politicized that the influence and agendas of others, including state and local government, the school board, community leaders and members, the business community, parents and even the media often becomes the storyline and the noise drowns our focus. Each of these groups play a vital role in our schools in a multitude of ways, but the more positive the involvement, the more successful the outcomes for our students. That doesn’t mean that everyone needs to be in full agreement all the time, but Oklahoma City has proved that when citizens pull together and focus on common goals, good things happen.

There have been highly volatile and publicized community meetings recently about possible school closures and many parents have been vocalizing their displeasure to district leaders that continued budget woes are causing catastrophic effects on our schools. Despite this, at a recent Oklahoma City Public Schools PTA meeting, a true collaborative spirit was evident, highlighting the reality that civility and focus on a similar vision rules the day.

The meeting was standard in many ways. Robert’s Rules of Order included a call to order and minutes and financial reports being approved. New business included my report on a soon-to-be-announced reading initiative called ReadOKC. I was particularly pleased I was there when the next thing on the agenda was a presentation to Superintendent Aurora Lora. Lora has attended many PTA meetings and is no stranger to the group.

The PTA member who approached the lectern to present seemed hesitant, but when she started speaking, it was clearly from the heart. Her remarks were brief, but she spoke of PTA’s appreciation for Superintendent Lora’s dedication to our students and her willingness to listen to parents in the district. She tearfully shared how obvious it is that Lora cares about our students and is working to do what is right for them. She told Lora that she was welcome to make remarks, but that the PTA just wanted to thank her.

A standard meeting became quite powerful in an instant. What was clear is that despite the difficult decisions OKCPS is being forced to make, and even despite occasional differences of opinions, this important parents’ organization is aligned with Oklahoma City Public Schools and aligned with its leader. These parents are in the trenches with OKCPS. They are in the day-to-day and know better than any other constituent group how difficult, yet how important the work of the district is.

An aside is that the room wasn’t as full as it should have been. All parents should be involved and having their voices heard. There is no better place for parents to actively engage and advocate for their children’s education than through this highly mobilized organization.

Parents, as well as all constituents need to let the educators educate, while holding them accountable. Constituents must engage in constructive, yet positive ways. Constituents need to support OKCPS leaders and realize that superintendent turnover ultimately hurts our kids. If we all focus on our one primary objective, which is to do right by our kids, good things will happen and we can create a world class school district.