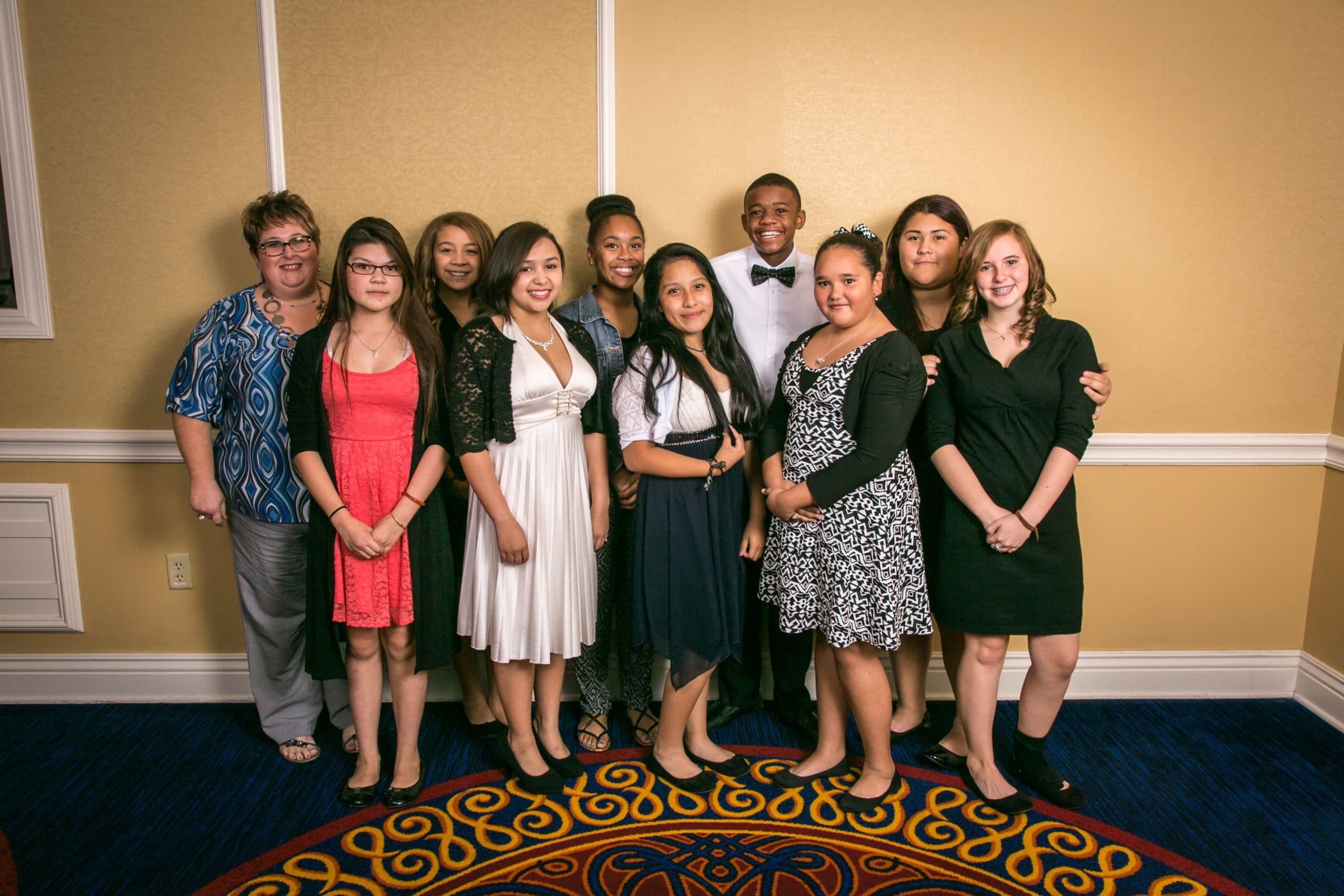 As we ring in a new year, here are 15 ways The Foundation supported OKCPS in 2015.

1) Analysis of The Foundation’s traditional programs allowed for clear direction and focus on strategic alignment with the district and community in a way that paves the way for lasting improvements in Oklahoma City Public Schools. We’ve developed a board committee structure that focuses on internal and external mission-driven areas that serve the district.

2) With 50 percent of the total student population now Hispanic, there is a need for more bilingual teachers and in 2015 the Bilingual Teacher Pipeline Project was launched. This program provides for the education of bilingual paraprofessionals already working in the district, so they may become certified teachers.

3) Partners In Action officially launched in collaboration with Oklahoma City Public Schools as a new initiative for connecting community partners across the district with local schools. Partners In Action uses a new website to organize school needs and allow businesses, nonprofits and churches to create profiles and meet school requests with the click of a button.

4) The Foundation launched a partnership with DonorsChoose.org in late 2014 and saw great support for local classrooms through this 21st Century approach to funding class resources and projects. At the end of 2015, the Foundation has helped leverage over $350,000 for over 700 projects for 489 teachers in 83 schools, impacting 77,493 students.

5) The Foundation moved into a new office in the heart of downtown. At the base of the new Arts District Garage, The Foundation’s new office is less than a mile from the district’s future administration building on Classen Blvd.

6) Samantha Murch, the drama and speech teacher and soccer coach at Star Spencer High School, was named the Oklahoma City Public Schools 2015-2016 District Teacher of the Year during a ceremony hosted by the Foundation in May.

7) OKCKids.com was renovated to offer a fresh and modern showcase of The Foundation’s programs and also provides a spotlight on key OKCPS issues.

8) Teacher/Leader support is a focus area that is being directed into the established Urban Teacher Preparation Academy. In 2015, UTPA continued to work with teachers just beginning their careers in an urban teaching environment and provides mentorship, professional development and supports that result in successful teachers with much higher than average retention rates.

9) The Foundation continued its work as a fiduciary agent for funders wishing to direct funds to particular schools and projects, but we have expanded this service into the Partnership Funding Program and are taking an expanded role in overseeing funds for donor directed projects.

10) The Foundation assisted the district in hosting a series of town hall meetings last school year that were used to complete a new strategic plan called “The Great Commitment.”

13) The Foundation’s All Hands Raised event highlighted the Career Academy program, as well as music from students at several schools.

14) The TEAM campaign, made up of contributors to The Foundation by employees of OKCPS, raised money put directly into OKCPS teachers’ classrooms through DonorsChoose.org projects.

15) The Foundation joined the OKCPS Compact, made up of leadership from the district, the City of Oklahoma City, the Greater Oklahoma Chamber and United Way of Central Oklahoma.