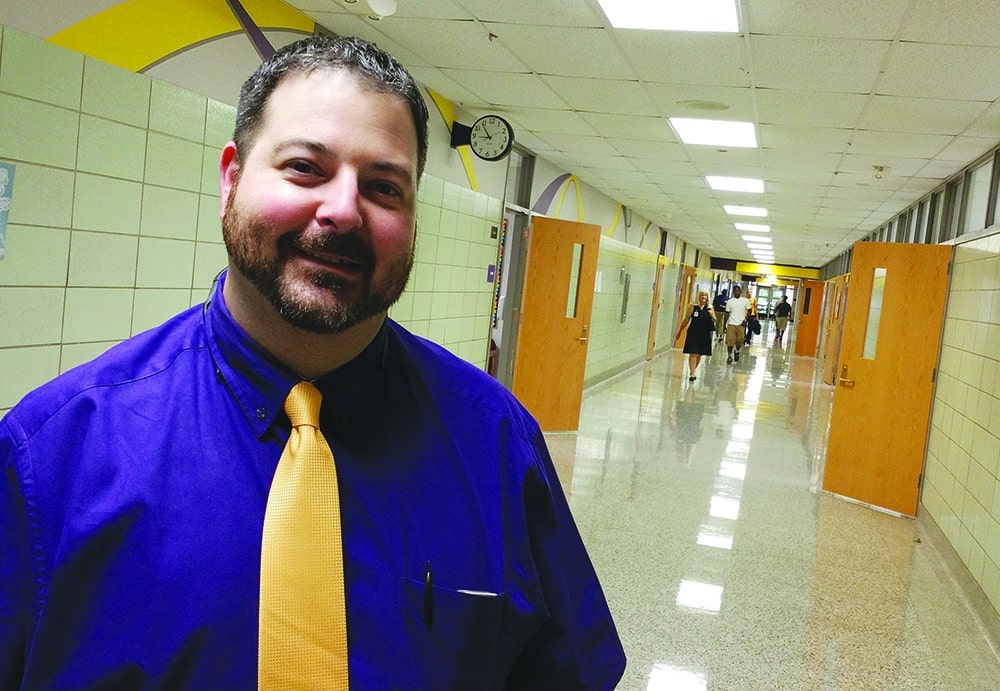 Kirk Wilson enjoyed his time as principal of Wilson Elementary, but he always had an itch to get back to a high school setting. When the principal position at Northwest Classen High School opened, he jumped at the chance.

“I just never felt 100 percent comfortable in Elementary,” Wilson said. “I could relate to the kids, but I just really missed the interaction with the older kids; that was my niche.”

As a new school year began on Monday, Wilson talked about his new position and what he views as the opportunities at NW Classen.

Based on past experience, many of your Wilson Elementary students won’t end up at NW Classen High School. Instead they find their way to charter schools, private schools or other communities. How do you change that?

My goal long-term is to make it where this is a place where these students want to matriculate to. We have to make sure that children from any school want to take the normal route and go to Northwest Classen. We have to look at it from a mindset that we are competing for those students with other schools and we need to start to recruit. It’s about showing them what opportunities are here because I don’t think a lot of people realize about the health and science academy and the teacher prep academy, and [realize] the benefits of the extra curricular activities that we have here.

At Wilson [Elementary] we would have 60 fifth graders and 55 would go to a school like [Classen] SAS, Independence [Charter Middle School], or Dove [Science Academy] or ASTEC [Charter School] or some other opportunity. We’ve just got to stem that tide. We’ve got to get those Oklahoma City Public School kids staying in a public school. It is my goal to get it in the minds of the families that the normal patterns of matriculation into this school is just as good if not better than the others options.

What made Wilson Elementary a successful school?

“I think it’s the arts integration program, the teaching through the arts, letting the students demonstrate their understanding through the arts is huge. It’s not just the drama teacher teaching drama, it’s the reading teacher teaching reading through drama. Research is out there about [arts integration] and how it really does help close the achievement gap and help those students really trying to figure out their place in school.

Do you envision bringing more arts integration to NW Classen?

This first year, at least to begin with, I just need to see what is in existence. I think a huge mistake that a lot of first year principals make is that they come in and want to make sweeping changes or they have this big idea. Not everything works at every building. If I were to come in and say ‘we need to do X, Y, and Z,’ without seeing how things work, that is not possible. So I am in the process of learning the school and seeing what exists.

But I would like to see us start to look towards that art integration. It’s just a good strategy to use. It doesn’t have to be every single lesson, but getting our teachers exposed to that will be important. My number one [goal] is learning the systems we have. But number two is bringing some arts integration and training into the building.

How would you sell a parent on sending their child to NW Classen?

I think the major focus has to be on our academies. One thing I saw when I was at Classen SAS is we didn’t really have problems with truancy or problems with student engagement. That was because the students were there and doing something they wanted to do. It was like they were in a major, such as a vocal major, guitar major or drama major.

It’s just like you and I – we aren’t going to pick up a book or magazine on something we are not interested in. It’s the same thing for the kids. Right now we are just starting the teacher prep academy, but we have a very well established health and science academy, and I think that’s the major selling point for our school. The experience [students] get in high school, they are ready for college and career when they graduate. You look at our history over the last three or four years, we have gone from a C school to a B school. The progress is there, we are making those strides and we have to promote that.